David Hewitt is a writer, whose new book – Gold, Violet, Black, Crimson, White – tells the story of a silent film that outraged half, but only half, of Britain. The book also contains more about the film lecturers of Aberdeen, and of Britain more widely. It is published by Matador (£11.99) 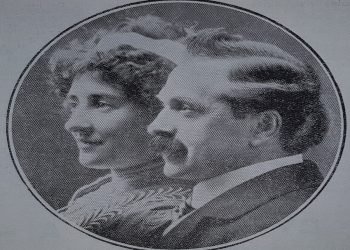 A journey to yesteryear when movies were silent but a person in the shadows talked the audience through the plot...