The Sir David Attenborough in the ice. DJI_0374- by-Jamie-Anderson-with permission

The UK’s state-of-the-art fleet of research vessels is set to receive a significant boost, thanks to a £45mn funding injection announced by Maritime Minister Nusrat Ghani.  This funding, which has been awarded to Babcock International by the Natural Environment Research Council (NERC), is a key part of the government’s National Shipbuilding Strategy, which aims to invest in and support the country’s prestigious shipbuilding industry. The £45 million contract will be used to carry out necessary maintenance and upgrades on three ships – the RRS Sir David Attenborough, the RRS Discovery, and the RRS James Cook – which are involved in conducting cutting-edge scientific research into our oceans and polar regions.

Showcasing what Rosyth can do

The initial three-year contract, with the option to extend for an additional two years, is to carry out programmed maintenance and upgrade work on the fleet of large oceanographic and polar research vessels. The contract, which has been secured by the company with the support of the NERC, will see the vessels dock at Babcock’s state-of-the-art facilities in Rosyth, Scotland, where they will undergo a range of maintenance and improvement activities. This contract represents a major opportunity for Babcock to showcase its expertise at Rosyth in the maritime industry, and to demonstrate its commitment to supporting the UK’s research efforts. The company’s facilities in Rosyth are equipped with the latest technology and equipment, and are staffed by a highly skilled and experienced team, making them well-suited to the task of maintaining and upgrading these important research vessels. Industry and Maritime Minister Nusrat Ghani said:  “RRS Sir David Attenborough and its maiden voyage to Antarctica inspired the explorer in all of us, venturing into some of the world’s most unforgiving climates, while conducting vital scientific research on pressing global issues like sea level rise and marine biodiversity. This research is invaluable, which is why we are committing the funding needed for the upkeep of these key research vessels, drawing on Rosyth Shipyard’s proven track record of excellent work maintaining UK ships.”Defence Secretary and Shipbuilding Tsar, Ben Wallace, said:  “This is another fantastic example of the National Shipbuilding Strategy delivering for British industry and boosting investment in UK yards. A cornerstone of British shipbuilding, Rosyth is already home to a number of major build and maintenance contracts, bringing a wealth of expertise and experience to the British shipbuilding sector.”

Not their first rodeo

Professor Sir Duncan Wingham, Executive Chair of NERC, part of UK Research and Innovation, said:  “The UK’s fleet of advanced research ships provide state-of-the-art facilities for scientists to conduct research of our oceans and polar regions, building our understanding of the ice, atmosphere, and seas. We look forward to working with Babcock Rosyth to maintain these ships and onboard facilities, which are a key part of the UK’s scientific infrastructure.” Babcock Rosyth is a leading provider of maritime support, and where maintenance, repairs and upgrades are also carried out on the UK Royal Navy’s aircraft carriers.  David Lockwood,  Babcock CEO, said:  “We are delighted to have been awarded the contract to maintain this important NERC fleet. Our flexible and efficient solution will ensure the fleet is maintained to exceptional standards and optimise vessel availability in support of NERC’s global footprint.” Tom Chant, CEO of the Society of Maritime Industries, said: “Congratulations to Babcock on this important business win.  The Rosyth base has already benefitted from the investment for the Type 31 project. This has developed the workforce and their skill base and created a world beating shipyard. The skills and facilities at Rosyth will be a great match for the NERC vessels with their specialist requirements and tough expeditionary voyages.”

These are the voyages…

The RRS Sir David Attenborough is a state-of-the-art polar research vessel operated by the British Antarctic Survey (BAS). It recently embarked on a six-month expedition to Antarctica, during which it will be testing a new artificial intelligence system designed to chart the most environmentally-friendly route.The RRS Discovery (2013) and RRS James Cook (2006) are operated by the National Oceanography Centre (NOC) and are involved in oceanic exploration around the world, conducting multidisciplinary marine science to study the deep ocean. Following a refit, the RRS Discovery will be heading to the Arctic for research with the University of Liverpool and NERC, while the RRS James Cook will continue its research expeditions to various locations around the globe. These vessels are essential in helping scientists to address global issues such as climate change and pollution, and their maintenance and improvement is crucial in ensuring that they can continue to carry out this important work. 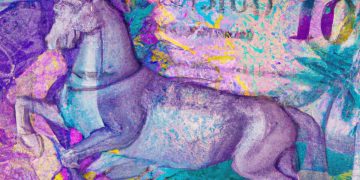 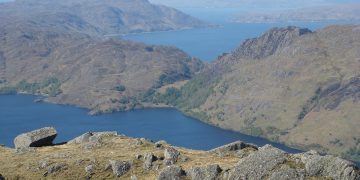 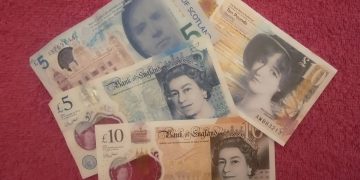