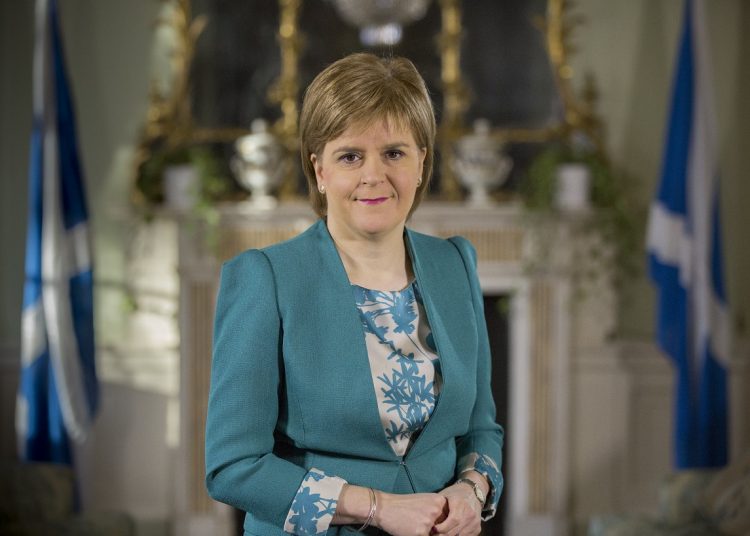 Nicola Sturgeon left no one in any doubt that Rishi Sunak’s secretary of state for Scotland, Allister Jack, is not her favourite person. Speaking at a dinner of Business for Scotland last night (19 January) in Glasgow, the first minister said Jack is acting like a “Governor general”.

“He’s London’s man in Scotland”, she said, “definitely not Scotland’s man in London”.

Sturgeon’s anger at Westminster blocking the gender recognition reform bill was palpable, but the main thrust of her Glasgow speech was economic.

Between them, Sturgeon and MacIntyre-Kemp reeled off impressive statistics about Scotland’s economic potential. They spoke of its renewable energy resources and particularly its opportunity to be a big player in hydrogen production, allowing it to move from being a predominately fossil fuel nation to a leading producer and exporter of green energy. The independence lobby says a job bonanza is not unrealistic, though not while Scotland is trapped in the inefficient UK energy market. 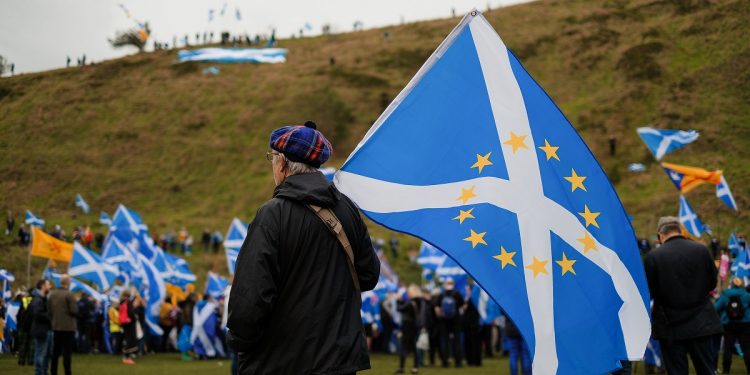 The first minister spoke of the country’s strong position in satellite manufacture (Glasgow makes more than any other UK city). Glasgow is also a hub in the financial software sector known as ‘fin tech’. Fin tech is a truly global and enormous market. Scotch whisky accounts for 22% of the UK’s trade in goods. Worth £4.6bn, the industry exports 44 bottles a second.

Scotland’s life sciences sector grew by 106% in the decade up to 2020, helped in no small way by the university sector. It boasts four institutions in the world top 200. Few countries in the world have such a large graduate population from so many top-flight higher education schools.

For many, Scotland’s highly educated population is the key to its better future. But the argument that is really starting to cut through with voters is how all of Scotland’s nearest non-UK neighbours enjoy a higher average standard of living than does Scotland or the UK. Sturgeon argued that independent Scotland would have the ability to achieve at least similar standards as Finland, Denmark and Ireland.

“And they aren’t just wealthier”, said Sturgeon, “they are fairer too, have higher productivity and lower poverty. So, the question is, with all our resources and talent, why not us?”

Why not us, is the question the independence movement will increasingly ask of Scotland’s voters as the UK approaches a general election. Five recent polls have given the independence side healthy leads. Against a Conservative Party visibly exhausted by tearing itself apart, a Brexit now almost universally agreed to be a disaster, and a Labour Party focused on its old industrial seats in England, the independence side exudes confidence.

It is not complacent. Far from it. That’s why it’s filling its coffers, marshalling its forces and campaigning now as if the election were next week.

Reading the room last night in Glasgow there was a hunger for getting on. One retired executive said:

“We’re impatient. Scotland has shifted on its axis since Brexit and watching the games of the Tory party. Mostly though, others are getting better off and we’re not. We can do something about that.” 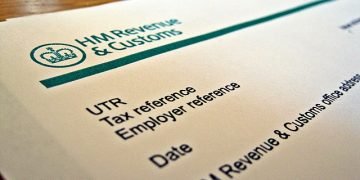