You’d be surprised what Jenny Wilson can whip together with a chopped up cornflakes packet and a black t-shirt. Oh, and she’s like this opportunity to publicly apologise to her brother 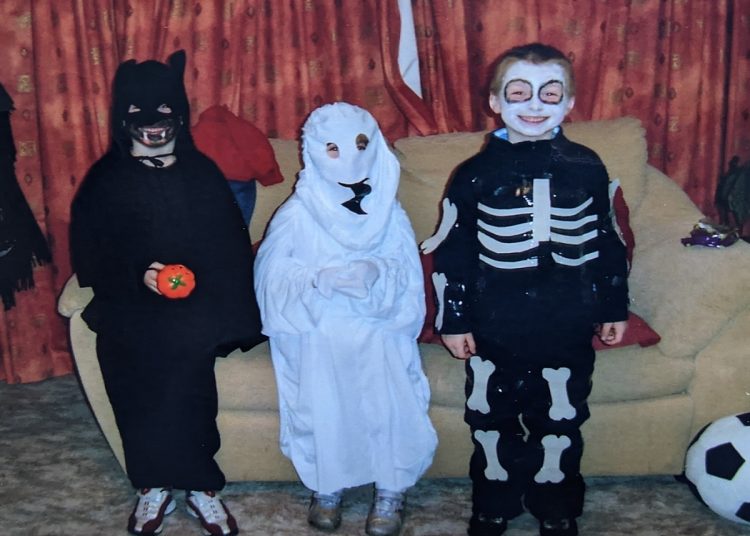 Author's children ready for Halloween. All pictures in this article by Jenny Wilson, printed with permission

My Uncle John, who was born in 1932, used to tell us tales of Glasgow Halloween’s past, when he and his friends tied the tenement close doors together across the stairway in their Glasgow tenement! They wore dark clothes so they wouldn’t be seen.

I have always had a love of Halloween, and can remember the year when I was 11 and went out guising as a witch. My brother, however, who was four-years-old at the time, has never forgiven me for making him walk four-legged as my cat! I apologise publicly! My good friend Jane dressed that year as the Smash Man robot of mashed potato advertisement fame. The following year, the two of us created a pantomime horse and I can remember us doing a dance in an old lady’s house as she worriedly watched her china dancing in her display cabinet. Sadly, no photos were taken. Changed days!

The fun of it in those days was making your own costume, which often took days to plan and create. Another costume I remember was my brother dressing as an “uncivil servant” complete with an old walking stick and bowler hat we’d found in the loft!

With my own children I tried to keep the DIY element in the costume designs going. My creativity was tested to the limit when my six-year-old son refused to go to the school disco that evening unless he could go as a skeleton! Well, I managed it!! One chopped up cornflakes packet and a black t-shirt later and we had created one!

Enjoy Halloween if you are guising. I’m looking forward to seeing all those fun costumes and hearing some new jokes!

Next on Bylines Scotland’s Halloween, monster, festive celebration at 5:00pm: “The bored, irritable, Laird of the manor is lamenting the lack of ghosts. Perhaps the housekeeper can help?” by Martje Ross 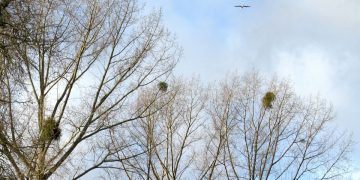 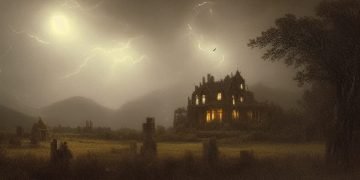