The real-life experiences of the internment of “Enemy Alien” civilians in Britain during the Second World War. 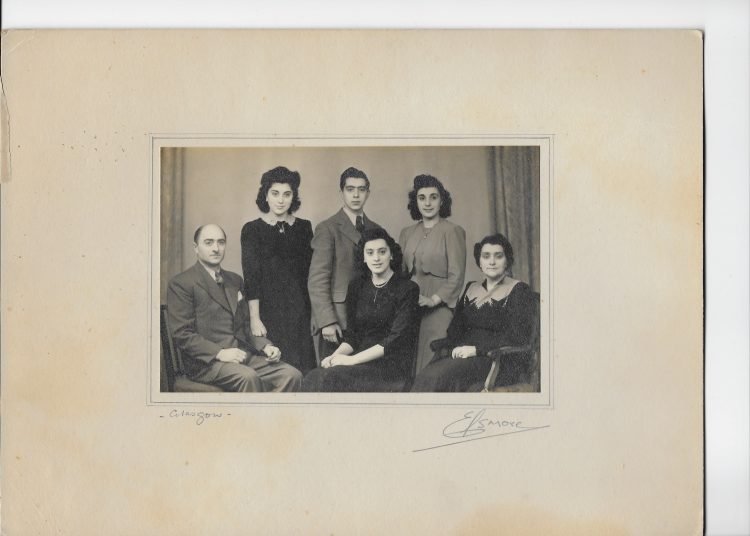 Photo by author. Printed with permission

My “Nonno” (grandfather) Tomasso Pia was born into poverty in the Abruzzo region of Italy in 1895. Having fought in the First World War alongside his British and French allies he, like thousands of other Italian men in the immediate post war years, left his homeland and emigrated to Scotland. (photo 1 of Nonno in uniform) A success both in business and at home, his new life brought a degree of wealth that could not have been achieved in the Italy of the 1920s and 30s.

He built up a successful café business in the Maryhill area of Glasgow and had three daughters, the youngest of whom was my mother. He had already lived in Scotland for 20 years when, on the morning of 1 June 1940, two days after Italy declared war on Great Britain and France, he was arrested as an “enemy alien” and spent the next three years in an internment camp on the Isle of Man. (photo 2 of the café).

As early as October 1939, only a month after Britain declared war on Germany, internment tribunals had begun. Many cases heard were of Germans and Austrians living in Britain, many of whom were Jewish refugees. There were three tribunal categories assigned to individuals. Those in Category A were deemed an immediate risk and were to be interned at once. Category B was assigned to those who, subject to certain restrictions, were allowed to remain at liberty. The final Category C meant, in the eyes of the tribunals, that no risk was posed to the general population.

Early on, cracks in the internment policy were already evident, especially in identifying and classifying Italian fascists and anti-fascists. Attempts to adopt an equitable classification tribunal system quickly broke down in the weeks following Italy’s entry into the war in June 1940. On 10 June it was decided that a policy of general internment had to be adopted. This implemented Churchill’s instruction to “collar the lot”, which he had issued to the Ministry of Home Security on 11 June 1940 just a day after Italy’s entry to the War. At this point around 4,000, mostly Italian men, were arrested.

Thanks to the pioneering contemporary social research project Mass Observation Survey, which began in 1937, it is possible to gauge how public opinion on the internment policy changed during the spring and summer of 1940. The survey was carried out to measure general attitudes towards aforementioned “enemy aliens” under the then umbrella term of the “Fifth Column”. Reporting in April 1940, the survey found that most Britons didn’t know the meaning of “Fifth Column”.

Detailed interviews in London as well as the west coast of Scotland revealed that less than one person in a hundred stated that enemy aliens ought to be interned en masse. By May 1940, however, public opinion had noticeably changed, leading the survey’s author, Tom Harrison, to write in the New Statesman in July 1940 that,

“many people who a month before were inclined to be tolerant of aliens were now almost pogrom minded.”

In the weeks and months leading up to Italy’s entry into the war there had been a growing campaign of press hostility towards Italians living in Britain. It was against this background that the Labour MP Rhys Davis, in a House of Commons debate on 22 August 1940, lamented how an admittedly flawed selection process had given way to wholesale internment stating,

“the press howled intern the lot and the Government succumbed … that is a lesson to us all not to follow the dictates of the newspapers.” 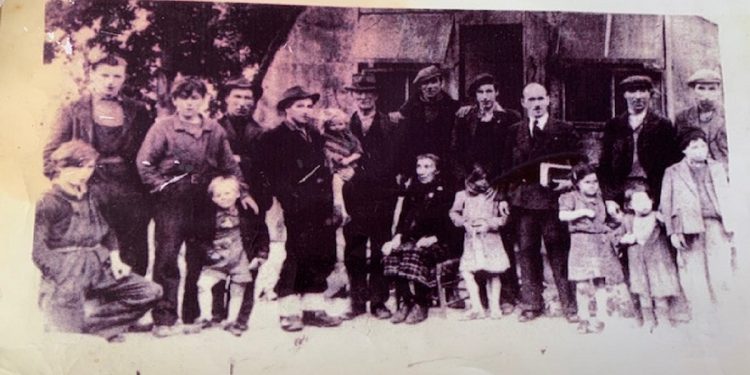 A Camp, Not a Holiday

According to Nonno’s camp record, there is no mention of what category he was deemed. Nobody knows to this day. He did not attend a tribunal and was taken directly to the Isle of Man camp. He was not a fascist or a member of any fascist party. The Isle of Man museum, which manages the archives from that period, reported that there was a fire there immediately after the end of the Second World War, which destroyed many of the documents.

The island camps, which had been similarly used in the First World War, included terraced streets of pre-war bed and breakfast boarding houses surrounded by barbed wire fences. The camps had space for over 10,000 internees with “Onchan” camp housing my Nonno as a café owner alongside restaurant owners. Researchers have noted that, in addition to Italians, there were Austrian and German Jewish refugees as well as a number of Irish, Scottish and Welsh nationalists. (photo 3 pictured at Isle of Man Camp, 1940-1943 – my grandfather-back row, first left with hat and moustache and photo 4 Onchan camp. Photo of barbed wire promenade)

The day-to-day routine within these camps varied little. The alarm would sound at 7am and after physical exercise, breakfast would be taken communally in the camps. There would be regular parades and escorted walks out of the barbed wire confines along the Douglas front. There was no furniture, towels and very little soap and toilet paper in these camps. Nearly half the men interned were over fifty with many in poor health. Feelings of uselessness and boredom were constant, which often led to depression and, in some cases, suicide.

Back on Civvy Street

Tommaso Pia was released on 27 August 1943, a month after Mussolini was deposed and arrested by his own Grand Council. On 13 October that year, Italy joined the Allied side and declared war on its former Axis partner, Germany. By the time he returned to the café, there were American troops based in the nearby Maryhill barracks. My mother used to remember them coming into the café with powdered chocolate so that my Grandfather could make them chocolate ice-cream. This he did, but in the same breath, he would also refuse to serve any GI Joe who would not sit beside a fellow American who happened to be black.

The café continued to do well for the family. (photo 5 of family studio photo). The fact that cigarettes were not rationed had sustained it through the austere war years, while the 1950s saw chocolate coming “off the ration”, which was good news for café owners. Up until his death in 1960, my grandfather, like many of his generation, would never speak about his time in the Isle of Man camp except to say that in times of extreme hunger they were often forced to eat grass. By the time of his death in 1960 at the age of 65 my Grandfather had spent 40 years living and working in Scotland and 3 years as an interned “enemy alien” on the Isle of Man.

What it is to be British

The debates and issues being raised in Parliament and the wider media were, in many respects, very modern and just as relevant today: Rwanda, anyone? While current politicians try to determine what it is to be “British”, the realities of wartime Britain bring an added lucidity to this debate. Bravely writing at the time in 1940, Francois Lafitte, a researcher with the Institute for Social and Economic Research and fierce opponent of the internment policy, wrote that

“the real aliens are the Nazis of the soul of all countries … our real friends are not to be judged by tests of birthplace or language but by their present conduct.”

Similarly, Labour MP William Wedgwood Benn suggested in a Commons debate on 22 August 1940 that the “only aliens are the people who believe in the Nazi form of religion” and that this could not be determined by country of birth. Similarly, Harold Nicholson, Labour parliamentary secretary for the Ministry of Information, stated that“ in the last war the agents used by Germany were either neutral citizens or British traitors.”

By urging an examination of belief structures among individuals and groups these contemporary MPs and writers were hoping to shine a light on the role of organisations such as “The Right Club”. Founded by Archibald Maule Ramsey, the Scottish Unionist MP for Peebles and Southern Midlothian, the Right Club sought to unify all the different right-wing groups in Britain at that time. Their main objective was to “oppose and expose the activities of organized Jewry.” Their membership attracted many among the British upper classes who had racist right-wing ideals and very strong Nazi sympathies. Although Ramsey himself was later imprisoned, many within this group were never interned.

Similar internment policies existed elsewhere. In the US, for example, of the 695,000 Italians living in the US, some 1,881 were detained as enemy aliens. As a proportion, however, Britain detained far more. Many Italians in Britain felt ashamed and wanted to quickly forget about this sorry chapter and move on with their lives and families, which they did. Without an apology and without compensation.

From Internment to Windrush, from the EU settlement scheme to asylum seekers and refugees sent to Rwanda (thankfully no one has been sent to date), UK government policy on the ‘other’ never goes away and only ever evolves. What contemporary writers and commentators were emphasising at the time, is that it’s one thing to criticise policies but at the end of the day it’s individuals, families and livelihoods all with their own faces and personalities that are ultimately affected.

When I look at an old post-war photograph of my grandfather, I realise that it is not a resigned expression on his face but one of dignified silence. 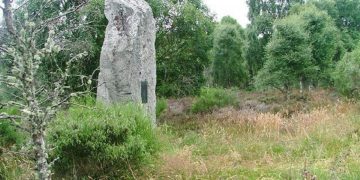 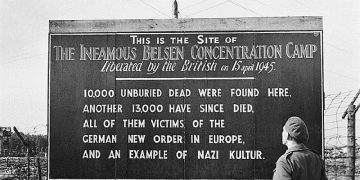 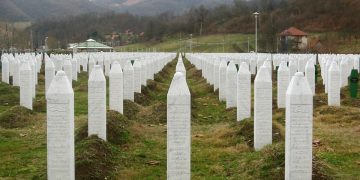 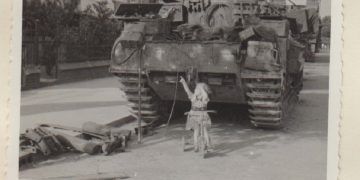 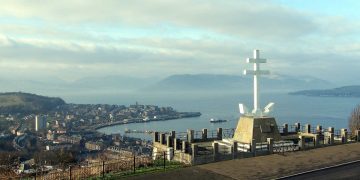