No Result
View All Result
Home Lifestyle In memoriam

Martin Roche reflects on the life of journalist Ian Jack, who has died aged 77

byMartin Roche
in In memoriam 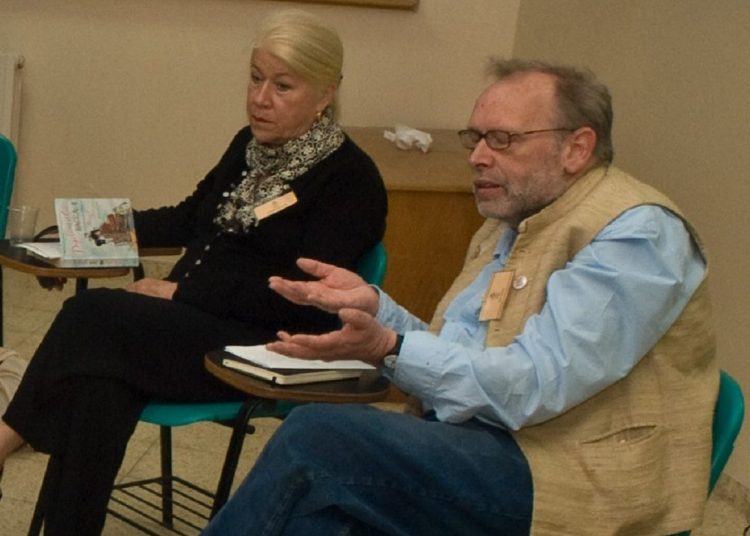 The journalist Ian Jack was a Scotsman. Like many a good Scot before him he was born in England. He was also a Fifer, a county his Fife parents brought him to when aged 7. Educated at Dunfermline High School, he was among the last of a cadre of leading British journalists not to go to university.

After stints on The Glasgow Herald and The Scottish Daily Express, Ian Jack became yet another clever Scottish journalist to be drawn to the bright lights of Fleet St. There he would triumph as a reporter, columnist, and editor. Like his predecessor, the Dundonian James Cameron (another non-university man), Jack’s early career saw him take jobs on papers that were not always in tune with his gently expressed left-of-centre views.

Cameron was anti-nuclear weapons (he was a founder of CND) and fiercely pro decolonisation. Beaverbrook and his newspapers – mainly The Daily Express, where Cameron was a foreign correspondent – held exactly the opposite opinions. Like Ian Jack, Cameron’s final newspaper home was The Guardian. That paper allowed writers both the space and the intellectual freedom to write what they thought, not what an editor or proprietor thought they should write.

I never met Ian Jack, though I was to read many of his Guardian columns and have been an occasional buyer of the literary magazine, Granta, which he edited for 12 years. But one book by him has been a constant companion on my bookshelves since it was published in 1987. Before the Oil Ran Out – Britain 1977-86 is a treasure chest of what Britain was like before and during the Thatcher years.

Before the Oil Ran Out begins with Jack exploring his father’s life and times, seeing Scotland, Britain and the Empire through his father’s lens. Jack senior was an ordinary, decent, certainly highly intelligent, working-class tradesman who looked after his family and passed on a love of learning and a good dose of humanity to his son (another quality he shared with James Cameron). If Jack’s father had an undistinguished life by the standards of many, it was a marked success in giving us the Lad O Pairts who was his son.

Jack’s book is a tour of Britain as it watches the death of industries and communities and the rise in unemployment, particularly among young men. Derelict factories, shuttered shops and wind-blown precincts contrasted with the oil-boom in Aberdeen and the huge rise in wealth of London and the Southeast. It was the most profound change in British life since the Industrial Revolution. Occasioned by Thatcher’s policy of favouring service industries over manufacturing, the years Jack observed marked the beginning of structural inequality in British life. It remains with us today, and more profoundly than ever.

Jack’s book had resonance for me because I lived in Aberdeen between 1978 and 1983. In university holidays, I could knock on any one of a dozen doors and instantly find work in the oil business or construction. Many jobs were to be had in shops, offices, pubs and clubs, but the big money was getting the black gold out of the ground. One summer, I made £250 a week working on a project fitting out an enormous oil production platform, anchored 300 miles offshore. Big money for 1981 and a great experience, even though it meant working 12 hours a day, 7 days a week. [ed. note: £250.00 in 1980 would be worth c. £1,200.00 today.]

Not long after leaving Aberdeen I started to work in economic development, mainly in attracting inward investment to Scotland. The work eventually took me to London to represent Scotland’s five new towns. I’d never known wealth of the sort I encountered in London. I’d never known despair of the type I encountered when visiting the Scotland of that time. Ian Jack’s Before the Oil Ran Out was and remains the best explanation of Thatcher’s Britain (and of much of what Britain is today) I have ever read.

Early in the book, Jack writes that in 1986 the UK reached “peak oil”. He wrote that in the previous year oil taxes had paid for 10% of the Chancellor’s budget. After 1986, oil production began to decline. “By the early years of the next century – less than twenty years from now – Britain will probably cease to be a significant producer of oil,” Jack wrote.

He concluded by saying, “But given the lack of industrial investment during Britain’s peak oil years, it is difficult to see what will provide our living.”

Nearly 40 years later, Britain is paying the price for not using the bounty of oil in the North Sea to rebuild the British economy and provide everyone with world-class educational standards. Mrs Thatcher used North Sea oil revenues to first pay for the unemployment caused by the collapse of our national manufacturing base and, secondly, to cut taxes, especially for the well off.

It was Ian Jack who alerted me to the depth of the disaster we carved for ourselves. He made me angry. He made me think. He made me better informed and, quite often, he moved me with his abiding love for his parents and for seeing the world with at least half a Scottish eye. I’m glad he lived, and mourn his passing.