Did you know there’s a Scottish version of Twelve Days of Christmas (or is it 13)? That the Jacobite rebellion might be hidden in O Come All Ye Faithful? Stay tuned! 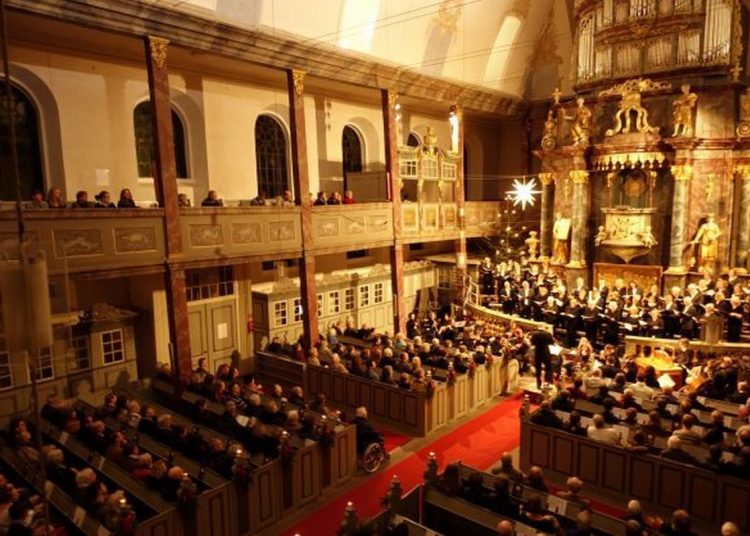 It’s hard to ignore all the musical accompaniment to Christmas – it’s there as we shop, it introduces the changes to programmes on television and is the backing track of advertisements.

Whether or not you celebrate Christmas as a religious festival or just a chance to take some time off work, let’s take a step back in time. We’ll go on a quick journey around Europe and discuss some interesting stories about the origins of some of the most renowned Christmas carols.

Silent Night brings many in the Christian world together, even combatants

Silent Night, or Stille Nacht, was first performed on Christmas Eve 1818 at St Nicholas parish church in Oberndorf, a village near Salzburg in the former Austrian Empire. A young Catholic priest, Father Joseph Mohr, had come to Oberndorf the year before. He wrote the words of the carol in 1816 when people were suffering in the aftermath of the Wars. It was also a ‘year without a summer‘ as a consequence of the Mount Tambora volcanic eruption, one of the greatest eruptions in history.

Silent Night was born out of adversity. On Christmas Eve flooding had damaged the church organ and the carol was without a melody. The young priest walked the three miles to the neighbouring village of Arndorf where the schoolmaster and organist Franz Xaver Gruber composed a melody and guitar accompaniment for that night’s mass. The carol spread via folk singers and has grown to become one of the most popular every Christmas. It was famously sung in German, French and English in 1914 on the battlefield of WW1 during a Christmas Truce.

Over the years, the fame of the melody led to its penmanship and composer being questioned, but in 1994 the combination of Mohr and Gruber was confirmed when the original manuscript was uncovered. The carol has inspired a Silent Night Society that celebrated 50 years this December. A speech given to the society this December by Viennese pastoral theologian Regina Polak perhaps gives us some essential reminders this chilly December. In her speech she reminds us of the Christmas story where the child born was born on the periphery. We must all, whether religious or not, surely remember all children in the world at this time.

Polak also recognises how we are so accustomed to ‘looking up’ to those who are successful. The pursuit of power and money is valued. Success and self-optimisation are what our society values. However, the Christmas story has the baby being born in Palestine which was occupied by the Romans at the time. Polak’s analysis also mentions how verse 4 sought to bring all people of the world together. Maybe it is time to listen to the words of these carols a little more closely again!

Sung in Latin, Adeste Fideles is commonly translated in English as O Come All Ye Faithful

Another great Christmas classic, O Come All Ye Faithful has a history that is disputed. However, it seems certain the first four verses were written in Latin by John Francis Wade, an English Catholic priest who had fled to France after the Jacobite uprising of 1745 was crushed.

Professor Bennett Zon, head of the Department of Music at the University of Durham, speculated in 2008 that the carol had references to the restoration to the British throne of Charles Edward Stuart, the exiled King, with hidden references to the Jacobites as the “faithful” and to England as Bethlehem. This is an interesting twist to a Christmas stalwart!

The Twelve Days of Christmas

It seems that this carol has been passed down as a folk song and it is possible to compare the slightly different variations across various versions. It may have arisen as a memory game. There are version across England, France and Spain. However, interestingly, there appears to be a Scottish variant, The Yule Days, which has thirteen days rather than twelve and different gifts being sent, including a ‘Papingoe’, which is the Scots word for a parrot or peacock! This version was sung as far back as the early 1800s

To land us back with a bump into the present day and the cost-of-living crisis, it’s a whimsical Christmas fact that for the last 39 years, the American PNC Bank has calculated the modern-day total cost of all the gifts bought by the “True Love” when you count each repetition of the song. This year, their Christmas Price Index (CPI) indicated that the total cost of the 364 gifts would be $US197,071 or approximately
£161,900. As expected, the costs have leapt up nearly 10% since 2021.

A final note, so to speak

So, there you have it, my little journey through a few of our favourite carols and their history. What is your favourite Christmas carol? Why not have a look into the tune’s history? They all come with some interesting facts, and surprises.

As we listen to the words this year we will be reminded to think of the children and the future. I hope you all have a good Christmas whatever you are doing, and the New Year brings us all new hope for the future. 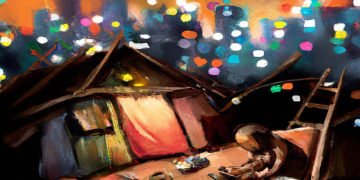 A Christmas poem on poverty 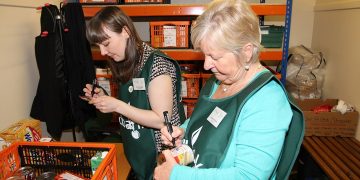 Forgotten Christmas – your Foodbank needs you! 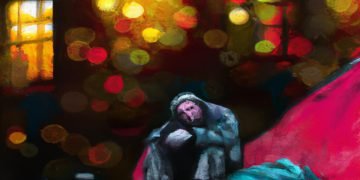 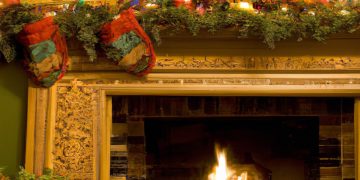 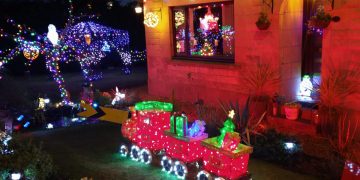