King Charles III ascends to the Throne at a most difficult time for the UK; political disunity, dire economic forecasts, cost of living crisis, English nationalists controlling Westminster. Will he speak for those left behind? 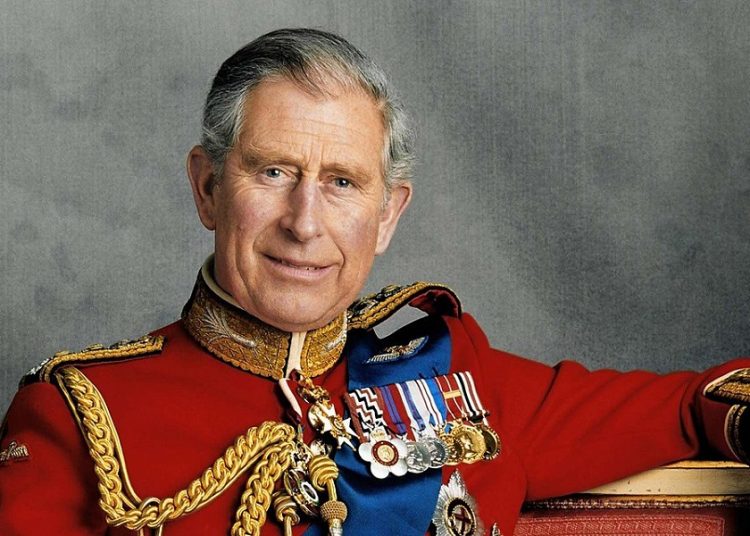 Queen Elizabeth II both loved and was loved in Scotland. The extent of this fact has been driven home to me on my move to the Central Highlands last year. The Royal Family spend most of their summers at Balmoral and are particularly highly regarded in the local community.

I was in Granada, Spain walking the Sierra Nevada mountains when news of the Queen’s passing was announced. I watched in awe as Spanish television news broadcast wall to wall coverage of a clearly internationally beloved British monarch. Many people felt they lost a rock, a mainstay in their lives, and not all are British. On my return to Scotland with some time to reflect on these momentous events, the Joni Mitchell’s Big Yellow Taxi emerged as an ear worm, particularly the lines:

“Don’t it always seem to go

“They paved paradise and put up a parking lot.”

Goals of a smaller monarchy amidst political tensions mixed with nationalism

Queen Elizabeth was seventy years on the throne as Head of State of 15 other countries, leader of a Commonwealth of 2.1 billion people, one third of the World’s population, in a role that was head of state for nearly 300 years of colonial America. Clearly a hard act to follow. The Queen was widely regarded as a unifying force, a calming influence on the world stage. Charles has a history that is far removed from this. His interests in architecture, farming, the environment and homeopathy are well known, as is his political interventions via the handwritten letters to Ministers of State, making his views abundantly clear in affairs that are really no concern of a Prince of Wales.

Charles takes centre stage of a troubled country. He’s the oldest monarch to ascend to the Throne. We don’t know how long he will have as King, but he brings with him a desire to modernise the monarchy. Charles wants to make the monarchy smaller and perhaps closer to a union of countries that is being pulled apart by political tensions mixed with nationalism. These are good and desirable goals and we wish him well in his endeavours.

The Queen died in her beloved Balmoral. This fact may yet come to hold relevance that stokes the whole question of Scotland’s future in the Union, for the current UK political situation is dire for the new King. Inequality and food banks on the rise, industries destroyed and a bleak economic future

The Westminster Parliament has been taken over by the right of the Conservative Party, English nationalists all, Brexiteers who hold the working class and the Celtic nations of these islands in low regard. A problem for Scotland and the Scots is that under the current general election voting system, First Past the Post, there is little chance of having any effect of changing this anytime soon. And Liz Truss was elected prime minister by just approximately 91,000 card carrying Tories.

Brexit has destroyed Scottish industries such as farming and fishing. The immediate economic future looks bleak indeed. Add in an energy crisis this coming winter, the ongoing war in Ukraine and the huge challenges we face in tackling the climate crisis, if we are indeed still committed to Net Zero by 2050.

Inequality in the UK is growing. We remain the sixth largest economy in the world and yet at the same time the Trussel Trust network reports that it has handed out over 2.1 million food parcels in 2021-22. Food banks are a national disgrace, not a source of national pride in the 21st Century. We can and we must do better than this and Scotland is increasingly likely want to go its own way if the UK government does not make this a priority in the coming year.

A reduced monarchy should not be a less effective monarchy

The monarchy, if it has a role at all, it is one of speaking up for the weakest in society, speaking up for all of the United Kingdom when some parts feel as if they have been neglected, indeed ignored, by a government that they didn’t vote for, a Government that neither cares for them or is interested in the challenges they face on a day to day basis.

A reduced monarchy should not be a less effective monarchy. There is a role for the new King to speak up for those left behind, the barely managing, the people who need a bit of extra help to get started. Through his charitable work and foundations this is what Charles has been committed to all his life to date and what the future of the United Kingdom depends upon. Charles can and must model the Green agenda. He can demonstrate how we can decarbonize our lives and better care for our environment and the planet. Achieving this is a commendable task.

We wish him well in his new role, hope and pray that he takes on this huge national burden.

The Queen is dead, long live the King!