Boeing is working with McLaughlin & Harvey in Glasgow to prepare the ground at Lossiemouth, creating and supporting hundreds of jobs in the area, boosting the local supply chain and economy 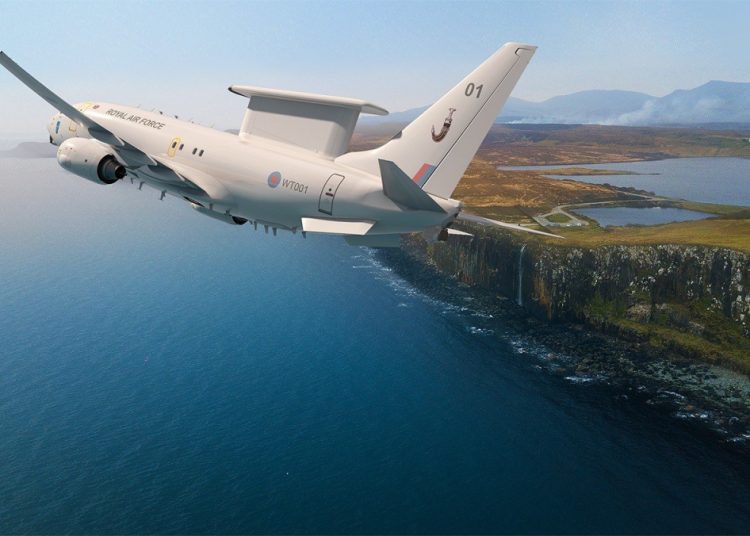 Wedgetail is an airborne early warning (AEW) and control system. Its mission is to track multiple targets at sea or in the air over a considerable area for long periods of time. The aircraft is replacing the E-3D Sentry ‘AWACS’ many people are familiar with.

The UK’s surveillance fleet will be located in a new facility at the Scottish base alongside the recently completed Atlantic Building. The facility will house the UK’s fleet of nine Poseidon MRA Mk1 aircraft which already operate from RAF Lossiemouth.

Boeing is working with McLaughlin & Harvey in Glasgow to prepare the ground, creating and supporting hundreds of jobs in the area, boosting the local supply chain and economy.

The ceremony to prepare the ground was undertaken by Air Commodore Alex Hicks, Senior Responsible Owner for the Wedgetail Programme, who was joined by Wing Commander, Andy Knight, Chris Laslett of Defence Equipment and Support (DE&S), Ian Vett from Boeing Defence UK, and Paul Griffen from infrastructure contractor McLaughlin & Harvey.

“I am thrilled to witness this major milestone for the RAF’s Wedgetail Programme with our key industry and DE&S partners. The start of the technical infrastructure build represents a significant step in preparing RAF Lossiemouth for the arrival of the aircraft in 2024, which is vital to support our Wedgetail aircraft and personnel.”

From the original press release, RAF News has explained:

“A follow-on contract to be signed later this year will enable construction of the facility to commence in Spring 2023 and further bolster the reputation of Lossiemouth which enjoys a strategic location and state-of-the-art facilities. The new facility will adjoin the Atlantic Building, a technical complex which supports Poseidon operations.”

The Wedgetail is capable of simultaneously tracking multiple airborne and maritime targets, using the information it gathers to improve situational awareness and direct assets such as fighter jets and warships. The Wedgetail has previously been used by the Royal Australian Air Force on operations against Daesh in Iraq and Syria.

The works at Lossiemouth will include diversion of utilities, ground levelling and preparatory piling.

Ian Vett, Director of the UK E-7 Programme at Boeing, has said:

“Today’s turf cutting ceremony represents Boeing’s growing presence and investment at RAF Lossiemouth and across the Moray region. We look forward to starting the work that will see the expansion of the facility to ensure the required capacity and support is in place for the E-7 Wedgetail fleet’s introduction to service.” 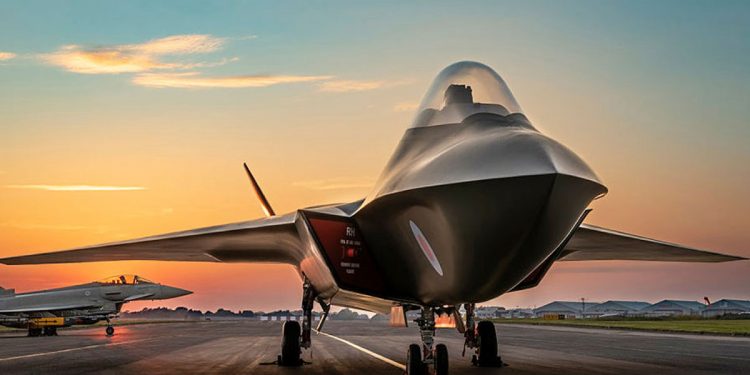 Concerns are raised over the cuts to numbers

The UK had originally intended to operate five E-7 AEW systems but will now only operate three.

Dr Sophy Antrobus, Research Fellow at Freeman Air and Space Institute, told the House of Commons Defence Committee that the cut from five planned aircraft to three was a bad idea:

“I do not think three is the right number and I cannot see it ever being the right answer. You will have heard these arguments rehearsed before, so I will be relatively brief. If you have one aircraft in deep maintenance, you have a further two aircraft, you are trying to cover 24-hour orbit and one of those aircraft has a minor fault, you are stuffed, effectively. I know that the RAF would very much want to go back to five, four at the very minimum. It is just the wrong number, and there is no point in me going any further than saying that.

I would make the point that if there is a decision or revision of that decision, as you mentioned the IOC date, the FOC date is intended to be 2026, so that would be when the third Wedgetail, as currently planned, comes on stream. It is being developed and finished, as you will know, in Birmingham. If the decision is not made by then or in time, that production facility will cease to exist, so there is a relevance of dates and timings.”

The target for Initial Operating Capability is 2024 for the Wedgetail AEW Mk1 Programme, marking a return to RAF Lossiemouth for 8 Squadron after an absence of 30 years.