Paul Bassett attended one of the 15 public rallies held throughout Scotland on the day of the Supreme Court ruling. He looks at ways forward for Scotland 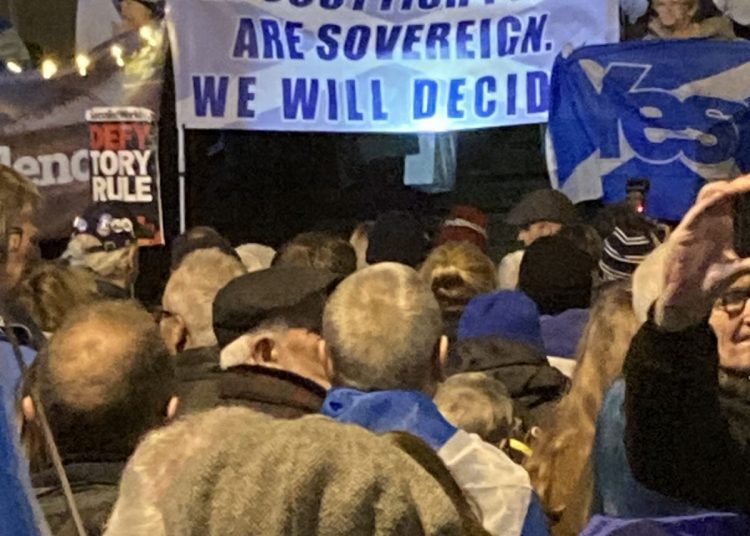 Supporters of Scottish independence in front of Holyrood, Edinburgh. Just one of the many rallies across Scotland following the UK Supreme Court decision rejecting Scotland's right to hold IndyRef2. Photograph by Paul Bassett

“Should [Scots] determine on independence, no English party or politician would stand in their way”

The biggest rally in response to the Supreme Court ruling was in Edinburgh, outside the Scottish Parliament, addressed by Nicola Sturgeon. I trust it was well-organised and had a decent PA system. However, at the Glasgow gathering – about 1500 people surrounding the Donald Dewar statue by the Concert Hall – the main chant as speakers tried to address the crowd was. “We can’t hear you!”

These impromptu protests are bound to be a bit rough-and-ready, but there was no doubting the anger in Scotland. It is not just this latest ‘No, you can’t have what you voted for’ decree; the sweep of history shows how far Scotland has been side-lined.

Scotland; a voice not silenced but ignored

The Scottish people last chose a UK Tory government in 1955. Of the 67 years since, the Conservatives have ruled at Westminster for 43. At Holyrood, the Scottish Tories are the only main party never to have held power.

Scotland voted against Brexit, and attempts to soften it have been ignored. All four Scottish elections since 2007 – under proportional representation – have been won by the SNP, the most recent producing a clear majority of MSPs who support a second referendum.

A plebiscite and persuasion

So, how to move forward? Is it by persuading an overwhelming majority to vote in a plebiscite election – a would-be referendum – for pro-independence parties, so that Scotland’s will can no longer be spurned?

This week’s rallies, though fair expression against legal confirmation of Westminster’s disdain, do not seem to be the kind of engagement likely to turn things round.

Later, pre-pandemic, AUOB (All Under One Banner) organised regular huge marches to keep the YES momentum and morale going.

But the converted waving Saltires at each other is not going to cut through. An even gentler, more understanding approach than 2014 may be called for, as the undecided are given every opportunity to find their voice.

The obvious difference now is that the vote, in whatever form it comes, is no longer consensual. David Cameron and Alex Salmond signing the Edinburgh Agreement under section 30 of the Scotland Act in 2012 feels like a generation ago.

The tone last time was set by an unfailingly positive YES campaign, promising ‘a better Scotland’ versus a ‘Project Fear’ NO. And YES lost. Now the process is likely to take place in an atmosphere of greater hostility. 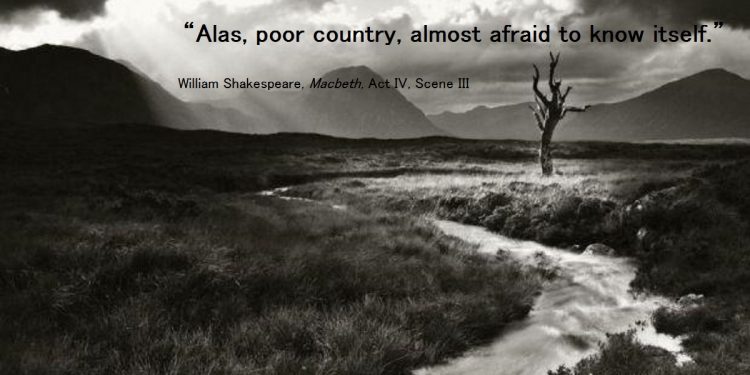 There are also severe practical difficulties facing the SNP and the Greens seeking to make the 2024 General Election a plebiscite or would-be referendum.

Ideas about Scotland’s status risk being marginalised in the battle between the main parties in England, by unionist parties in Scotland and probably by the media as well. What is more, Labour will have its best chance in years to win at Westminster, as some SNP voters may shift allegiance.

TV debates might exclude Scottish voices. The Tories plan to have voter ID – likely to disenfranchise younger voters – and exclude 16- and 17-year-olds and EU citizens.

Unionist parties will also face challenges. The year after IndyRef1, Labour’s Scottish MPs were all but wiped out – 41 down to just one, the same number as now. There are just six Tories and four LibDems. Paradoxically, Westminster’s preferred first-past-the-post system tends to work in the SNP’s favour; in 2019 they won 48 of Scotland’s 59 seats with 45% of the popular vote.

The SNP can be a formidable election machine, getting out the vote with great efficiency. But in a plebiscite election, even if the unionists do not accept it as such, there is bound to be dispute over what constitutes a majority – percentage or seats?

Labour’s demise north of the border is attributed not only to their refusal to engage with Scotland’s democratic deficit, but also their readiness to get into bed with the Tories under the Better Together banner in 2014. How will the anti-independence forces combine now?

In short, we are in a guddle. It may seem nothing compared to the perma-crisis facing the UK as a whole, but, for Scotland, the way ahead seems as ambiguous as it did before Lord Reed made his “clear and definitive” pronouncement.