When Truss dubbed Sturgeon an “attention seeker” who ought to be ignored, was she just referring to the First Minister or Scotland? 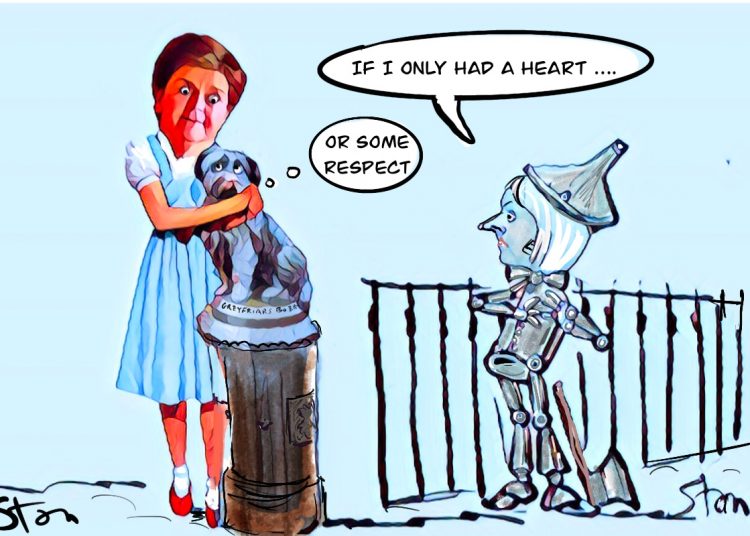 Liz Truss has been accused of tarnishing the unionist case against Scottish independence during a recent hustings, after calling Nicola Sturgeon an “attention seeker” who ought to be ignored. The Tory leadership favourite decided Exeter, one of the furthest points from the Scottish border, would be the opportune moment to engage in a bit of mudslinging to and show her contempt for the First Minister.

In doing so she may have highlighted another very sobering reality: that Scotland has become irrelevant to the Conservative Party.

They say Westminster is like the ripples of an earthquake – the further you move away, the less likely you are to feel their effect. The north of England has been the first victim of that under the current Tory administration.

Promises of levelling-up were dealt a blow when the eastern leg of the HS2 rail link from the West Midlands to Leeds was axed. They were effectively put to bed when the Northern Powerhouse rail route from Leeds to Manchester via Bradford was also scrapped. Until recently, many parts of the north were still being served by old Pacer trains that were brought in as a temporary solution to rolling stock shortages in the 1980s.

Old buses welded onto railway chassis carted people on vital commuter routes. The notion that anything like that could ever happen in London is laughable.

Scotland? Is it somewhere in northern England?

And so it is in Scotland, where old InterCity 125s are considered ‘new investment’ in the country’s ageing transport network. Asked whether prime ministers should be spending more time north of the border in a recent Spectator interview, Rishi Sunak readily agreed. He said that he takes the union “seriously”, before going on to reference setting up a government office for the Treasury in Darlington, County Durham. Close, but no prize. 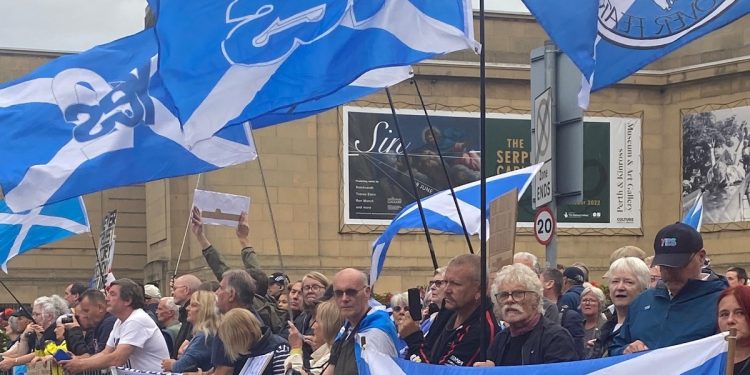 How history turned against Tory-voting Scotland

Of course, the Tory leadership candidate can be forgiven for not knowing a lot about Scotland, given that the country has been a black spot on the Conservative’s map since 1955 – 25 years prior to him being born. The Scottish Unionist party (only becoming the Conservative party in Scotland in 1965) won a famous and overwhelming victory in that general election on the back of favourable unionist sentiment. The welfare state had been established and became the anchor of the Anglo-Scottish union, while free access to English markets was also still a big factor.

But history turned under Margaret Thatcher, who oversaw the decimation of industry that was the lifeblood of many Scottish communities.

Equally fundamental, state involvement and public spending became even more important to many Scots, and there was a view that Scandinavian-type social policies were favoured and neo-liberal market economics were opposed.

It is ironic, therefore, that Truss is set to become the next prime minister of the UK on a ticket that contradicts all of those ideologies and beliefs.

Her own father is even said to be ‘distraught’ by his daughter’s reincarnation as a low-tax neo-liberal who is a big fan of Thatcher.

When Truss dubbed Sturgeon an “attention seeker” who ought to be ignored, was she just referring to the First Minister, or to Scotland and everything it embodies?

Glasgow is back! Revival of a city centre recovering from the pandemic

Jack is a business, politics and economics reporter and the founder and editor of The London Economic. He has previously worked with SWNS and has contributed to VICE, Independent and Huffington Post. He originally comes from Woodlesford in West Yorkshire.