Babcock International, based in Rosyth, is supporting the build of three warships in Polish shipyards after securing a design contract for the Polish Navy. 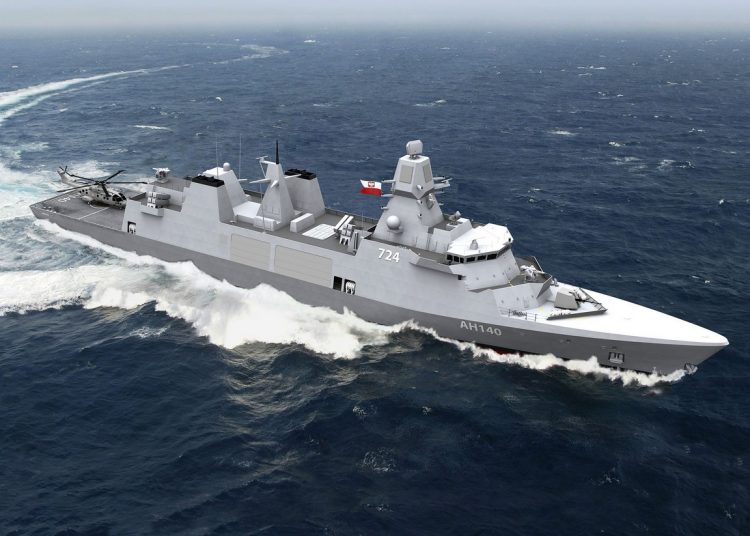 The Arrowhead 140 design, also known as the Type 31 Frigate in British service, will be known as the Swordfish class in the Polish Navy. Image courtesy of Babcock International

Babcock International, based in Rosyth, is supporting the build of three frigates, in Polish shipyards after securing a design contract for the Polish Navy.

After heavy lobbying by the firm itself and by the UK Government, Babcock was earlier this year chosen as what is called ‘the platform design provider and technology partner’ for Poland’s new frigate programme, that just means they’ve sold their frigate design (a frigate is typically a warship with mixed weaponry designed to fight multiple kinds of targets above and below the waves) to Poland. The Arrowhead 140 design, known as the Type 31 Frigate in British service, will be known as the Swordfish class in Polish service.

Minister for Defence Procurement, Jeremy Quin, was quoted as saying:

“Poland is one of our oldest and closest allies, and we continue to strengthen our partnership to help deter future threats. The Arrowhead 140 frigate will be a formidable addition to Poland’s fleet, providing world-leading capabilities to Poland’s growing naval presence.”

This is the second major export win for the firm, which is already building five of these frigates in Rosyth for the Royal Navy, after securing contracts with Indonesia last year to allow the country to build the vessels locally in their own shipyards.

Babcock say they are supporting the Polish PGZ-MIECZNIK shipbuilding consortium in the building of three Swordfish class frigates in Polish shipyards by a local workforce, drawing significantly from Polish suppliers and Babcock’s supply chain in Scotland and elsewhere.

This month, Babcock announced that they have secured two further contracts relating to Poland’s frigate programme. First, the Class Design Contract and second, the Transfer of Knowledge & Technology framework agreement. Babcock say that the two contracts “underpin the strong economic and trade relations between the United Kingdom and Poland.” 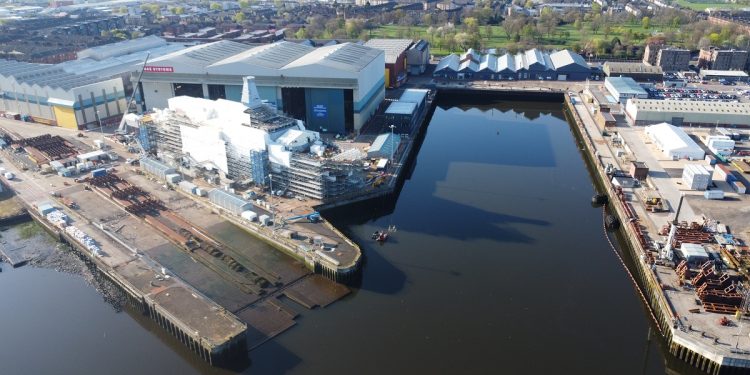 Many of you are likely wondering, to what extent does Scotland benefit from exporting military ships or their design licences? Well, I answered this whilst submitting evidence to the Scottish Affairs Committee on military shipbuilding in Scotland but I’ll keep it short for the purposes of this article.

While the Type 31 Frigate based vessels ordered by Poland will not be built in Scotland, it is important to remember that there are still several benefits, not only involving reduced unit costs in the longer term for the UK taxpayer ordering similar ships, but also for companies around Scotland and the wider UK making components for these vessels.

Export success is also important to the Ministry of Defence; competitive companies, winning export work, enable overheads to be spread, reducing the unit cost of each ship. I’m getting at the idea that a company only building five components for the British Type 31 fleet could now be building ten components for the British, Indonesian and Polish Type 31 frigate fleets. Export orders benefit the supply chain here in Scotland immensely. The exports have turned the Type 31 Frigate from a five-ship class to a ten-ship class.

While it is fair to say that there will be significant local supply chain involvement in Indonesia and Poland, it should be noted that the businesses based in Scotland will have the advantage of retaining intellectual property and the fully trained people, putting them in prime position to compete for the work, even overseas. In addition, the export of ships and their components is beneficial for the costs related to maintenance and supply lines when it comes to operating the finished vessels.

What I mean by that is that the increased number of units, be they ships or components of ships, in service with navies worldwide makes it far more economical for the company building the components to retain repair and refurbishment facilities for those components here in Scotland. This then sustains jobs and the ability of naval forces to cost effectively repair or replace those components should the need arise.

In short, the recent contracts mean that Babcock will share its technology, engineering expertise and industry know-how with PGZ SA, PGZ SW and Remontowa Shipbuilding. The design contract and the transfer of knowledge and technology framework agreement support the further development of the programme, and boost shipbuilding capability in Poland to deliver the Swordfish class frigates.

Babcock CEO David Lockwood said: “I am delighted with the progress on the Polish MIECZNIK programme. Our work in Poland builds on the shared interests of the NATO countries. Babcock will deliver first-class frigates that will contribute significantly to the sovereign defence capability in Poland. We look forward to building on our close working relationship with the PGZ-MIECZNIK Consortium.”

To top it all off, Babcock recently unveiled plans to recruit 500 workers at Rosyth to help build the five new frigates for the Royal Navy. On both the east and west coasts, at both civil and military shipyards, shipbuilding in Scotland is growing.