The question of Scottish independence isn’t going anywhere despite the ruling from the Supreme Court. 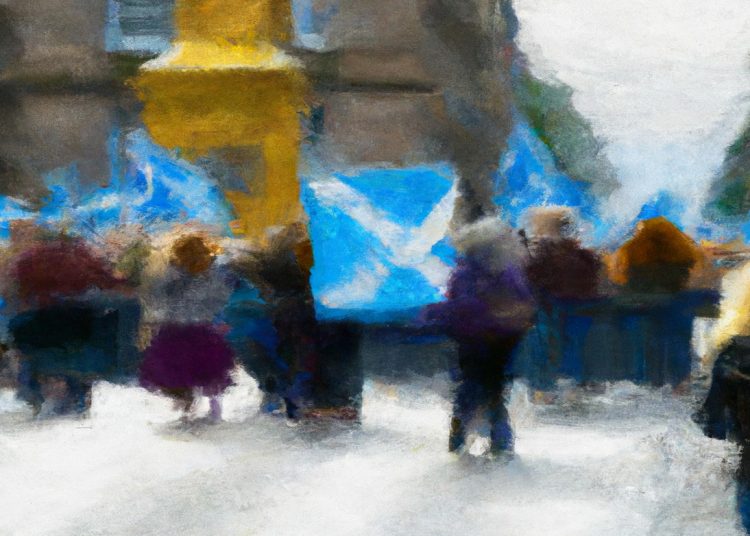 The Supreme Court has delivered its judgment that the Scottish Government cannot hold an independence referendum without the UK government’s support – but the desire for one isn’t going to go away.

Following today’s decision, it is evident that the question of Scottish independence “isn’t going away,” according to Dr Emily Gray, director of polling at Ipsos Scotland.

“For pro-independence parties. this will be seen as another unfair block in the way of Scottish democracy,” she told BBC’s Politics Scotland programme earlier.

She claims that Nicola Sturgeon will now be questioned on whether she will move forward with making the referendum on independence the only item on the ballot in the next general election, turning it into a single-issue vote.

“What we’ve seen on public opinion is the polls haven’t really moved this year, so the Scottish public is split down the middle on independence. From a public perspective, when we’ve polled on this recently, the only route that a clear majority sees as legitimate is a referendum that both the Scottish government and the UK have agreed to.”

The Scottish Government had suggested that the upcoming general election might serve as a de facto referendum on Scottish independence. An early Holyrood election, according to MP Angus Brendan MacNeil, would be his preferred course of action.

“If we hold an election on only one issue, there’s only one media narrative around that election, and that would be independence or remaining in the union. And I’m quite confident the people of Scotland would choose independence.”

How long can this go on?

The outcome will be welcomed by the UK administration. However, the question of Scottish independence isn’t going anywhere.

The UK administration will likely aim to move on from this situation fast. The cost of living is one topic that ministers will claim they want to concentrate on.

What do you think?

We want your view, no matter the side of the fence you’re on. Please email us at editor@bylines.scot with your thoughts or a write up on how you view the situation.