Bylines Scotland's contributing editor, Martin Roche, says It’s time to adopt a consistent lexicon if the Tories are to be defeated at the next election 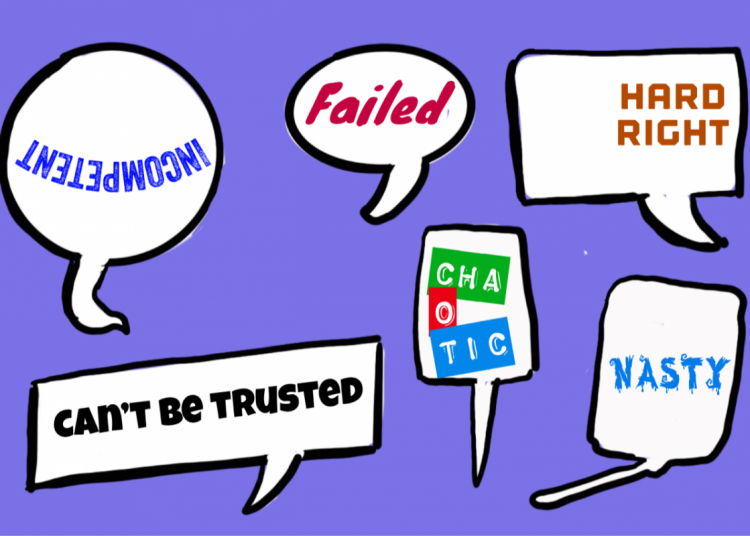 Most of you, without a second’s hesitation, will be able to add in the missing words. Three out of four of those lines are no longer in use. They all though have become part of our cultural landscape. The lines became part of the furniture of our lives because of ubiquity; we heard them, saw them and read them countless times over many years.

They reached into our consciousness and stuck. Even if you were never to fly British Airways, drive a BMW, eat Heinz beans or scoff a Mars bars, decade after decade these words became familiar friends. Millions were persuaded to buy or aspire to or dream of being a user of one or more of those brands. Words matter. Words can move, motivate, energise and persuade.

If, like me, you want to see the back of the Tory government then you have at your disposal a free asset of the most enormous power. All you have to do – all we in our hundreds of thousands have to do – is use a handful of words time after time after time. And the best endorsement I can give you for my case is the 2016 EU Referendum. The Leave side understood the power of short emotive words while the Remain side was writing essays more fit for the university lecture theater than the hurly burly of street politics.

All it could take is just six words

What we can do is consistently associate the Conservative party with half a dozen words. There are many, many words that can be employed to describe this awful government and party. Using too many is to dilute the power of ubiquity. It’s using the same words day after day after day in as many places as possible that has a chance of nudging the dial back in favour of honest politics and decent policies for the country.

So, here are my six words or phrases and with a brief justification for each.

Hard right – let’s call them what they are. The hard right Conservative party.

Incompetent – £4.3 billion was stolen from the government during Rishi Sunak’s time as Chancellor. The government offered a series of business support measures. Over £5 billion was lost to fraudsters, with just a £1 recovered for every £4 lost.

Failed– because of Brexit our economy has shrunk and will take decades to recover. We are all now poorer.

Nasty – the Tory party has been known to use this word about itself. Only a nasty party could oversee such a huge rise in child poverty, in the use of foodbanks, in homelessness, in cutting benefits, in the treatment of asylum seekers.

Can’t be trusted – Prime minister Sunak appointed two ministers proven to be a danger to the security of the nation; Gavin Williamson (who quit before the was fired) and Suella Braverman. Both previously lost cabinet jobs because they gave highly confidential government information to people not entitled to have it.

Please help yourself to these free words. Let’s flood social media. Let’s use them in letters to the press, in articles and, most importantly, in everyday conversation. Nothing beats word of mouth, because we tend to trust our friends, neighbours, family and workmates more than anyone else. Where there is trust there is reliability, credibility, authority and persuasion. Currency in an independent Scotland - just the facts