Russian interference in Scottish politics has been a major concern in recent years.

Russia has been accused of using a range of tactics to interfere in the political process in Scotland, including cyber-attacks, disinformation campaigns, and attempts to influence public opinion through social media. This article is intended as a brief outline of why and how this is achieved.

In 2017, the Scottish Parliament was targeted by a major cyber-attack, which was later revealed to have been carried out by Russian state-sponsored hackers. The attack was designed to gain access to sensitive political information and disrupt the parliamentary process. The attack’s impact was significant and disrupted the parliamentary process, with staff unable to access important systems and documents.

The Scottish Parliament responded to the attack by implementing enhanced security measures, including improved cybersecurity training for staff and the deployment of advanced security software. However, the incident highlighted the need for increased vigilance against cyber-attacks, particularly from state-sponsored hackers.

Be critical of what you watch

These accounts often use a range of tactics to spread false information and conspiracy theories, including posting fake news stories, sharing manipulated or videos and images taken out of context, and engaging in coordinated campaigns to amplify their messages.

One of the key ways that Russia spreads disinformation through social media is by using a network of fake or inauthentic accounts to promote its messages. These accounts are often designed to appear as if they are run by ordinary individuals, but in reality they are controlled by Russian state-sponsored actors. By using these fake accounts, Russia can reach a wide audience and make it appear as if there is widespread support for its messages.

We can’t forget bots. Bots are automated accounts that can be programmed to perform specific tasks on social media platforms. These bots can be used to amplify certain messages, make them appear more popular than they really are, or engage in coordinated campaigns to spread disinformation.

Bots on Twitter typically operate by following and retweeting accounts that support their agenda, as well as posting their own content. This content can include false or misleading information, inflammatory language, and divisive political messages. The goal of these bots is to create the appearance of widespread support for a particular political view or candidate and to manipulate public opinion in their favour.

The use of bots allows Russia to amplify its messages and create the appearance of widespread support for its views. By following and retweeting accounts that support their agenda and by posting their own content, Russian bots can create the impression that there is a large and vocal group of individuals who support their views. This can influence public opinion and shape the political landscape in their favour. In addition, using bots allows Russia to bypass traditional forms of media and communicate directly with the public.

By using social media in this way, the Russian state or groups with its backing can reach a large audience quickly and easily without needing to go through the editorial process of traditional news outlets. This allows them to spread their messages quickly and effectively and avoid being held accountable for the accuracy or veracity of their content.

The impact of Russian interference in Scottish politics has been significant. The cyber-attack on the Scottish Parliament led to the disruption of important political processes, and the spread of disinformation has contributed to a climate of distrust and confusion. In addition, Russia’s attempts to influence public opinion have been seen as an attempt to damage the integrity of the democratic process in Scotland.

By taking these steps, Scotland can safeguard its democracy and ensure its political process is not undermined by outside forces. 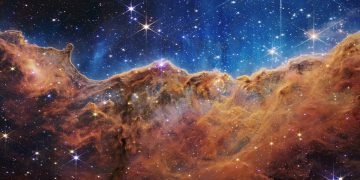